Who are we we?

NFD consists of Alyson (Children/Teens) and Richard (Adults) for much of the core work along with various enthusiastic teachers who in the main have been trained by NFD. Both Alyson and Richard have a long history in Film and TV (Alyson some 30 years) with both being extremely competent international award winning film directors in their own rights. NFD believe very strongly in training on set and as students  “actually need to be” and for that to be truly affective, you really need the people who make the decisions on set for what actually works! Those people are the directors. 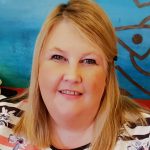 Born in Yorkshire and originally trained as a nurse, she was lured into the exciting world of performing arts in 1984. After many years experience of having worked as the Head of Drama at a school of performing arts she started her own school (NFD). She initially starting directing young people in stage productions as early as 1984 and has gone on to direct various stage productions from the Edinburgh Fringe to Annie at the carriage works in Leeds. She directed her first film “Victim” in 1995. Alyson has trained young students up to an extremely high level getting them “main character” parts (not just extra parts) on such well-known television programmes as Heartbeat, Emmerdale, Darling Buds of May, A Touch of Frost, Fat Friends and Coronation Street. Alyson has also had a number adult students appearing in television programmes such as Emmerdale, Faking it, Pop Stars the Rivals, King Girl, Heart Beat, Touch of Frost, At Home with the Braithwaite’s. Films include The Darkest Light, Charlie Chaplin, Victim, Past Memoirs, Tempted to be Accepted and Warner Bros Mrs Radcliffe’s Revolution to name just a few of so many! Unlike many others Alyson specialises in “only” training people for Film and TV. When Alyson first started out some 30 years ago now she would frequently go on set with young students and thus learned a great deal about how film sets work along the way. On many occasions her expertise and knowledge had her performing various on set jobs, unit manager, assistant director and frequently assisting various directors on a number of sets with child direction that being her speciality. Alyson due to her extensive experience of working with children and young actors is always able to get that really special performance of a life time that so many other directors frequently fail to when working with young people. Even adult actors really shine like never before when Alyson breathes her magic on them. Alyson’s early film making expanded over the years to the point that a number of her films were bought and broadcast by ITV, Meridian and Channel 4 amongst others finally growing into a business that is today NFD. More recently she had her latest film “SWEET SAM” selected for the 2017 London International Film Festival. 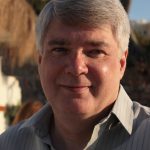 Born in Yorkshire and originally a serving soldier in HM Forces followed by a project & product management career in IT managing budgets up to 10 million before moving into media.
He is a rare combination of film maker and innovator with a proven track record of weaving a plethora of threads, both visual and story, into truly unique films at almost unbelievably low budgets. He is motivated by challenges that really stretch his skills to the limit and beyond. The tougher the better! His first notable film success was with a short film “Lots of Love Harry” which was a top 3 finalist in the Bablegum international film festival in 2008. Swiftly followed by short film “Blitz” in 2008, short film “The Bus” 2009, short film “Proposal” in 2010.
In 2010 he created “Platform 2c” an online 3D soap TV mini soap series for the web (“The first online 3D soap series in the world”). In total he created 5 Platform 2c mini online 3D TV series from 2010 to 2012.
Late 2012 he switched direction to creating 3D feature films realising it needed to be “feature films” to have any real impact and or viable market. These films were all produced with his own innovative form of agile project management to cope with the additional stress’s, issues and problems found in an ever changing low budget feature film environment. The first of which was “Hollows Wood” 3D completed in 2013 (screened 12 times over Christmas 2014 on Dallas TV USA), “Jailhouse Dog” 3D completed in 2014 (28K hits in its first two weeks), “Sisterhood of the Red Garter” completed in 2015 (experimental comedy).
During this time he became well known for his innovation as a director and creative use of 3D not to mention a highly effective producer and creative writer.
Late 2015 he decided to come back to more established drama films and started filming CROOKED BILLET (mystery intrigue) which being filmed a small scene at a time given its small budget took two years to make being completed in June 2017. This film has won numerous international feature film awards the most notable of which was the “SPECIAL AWARD” for 3D feature films at the 3D Korean International Film Festival in November 2017.